With the new badass cover, this Prologue is now free to read (although feel free to leave a tip to make me work on the next book faster!!)

Join Captain Slayde and the crew as they investigate a derelict Golden Era Mana Siphon overflowing with demons!

The Legendary Captain Slayde, Treasure Hunter and Monster Slayer extraordinaire! series follows Slayde and the crew of his airship as they pursue bounties on monsters and hunt for treasure in the fantasy/scifi world of Galefire.  Eventually Slayde's penchant for collecting magical weapons and draining his foes of their strength may catch up with him!

Some news since this was posted -

1. More Slayde is on the way!  A graphic novel is in development (and by that I mean I'm drawing it right now), it will be roughly 70 pages full of badass and I even have a publisher for it!

2.  A 5E supplement is also in development! If you ever wanted to fly around on an airship in the world of Galefire swashbuckling monsters, well this book is for you!  It has a ton of art from yours truly gracing its pages, and a bunch of rules to make you a stylish, monster slaying badass.

3.  I am going to try and stream out making the panels for the comic!  Make sure you keep an eye on my twitter @galefire, or watch me over on twitch and youtube!

I have some monster creation up there already! 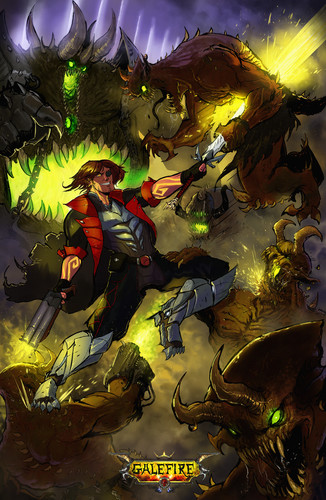 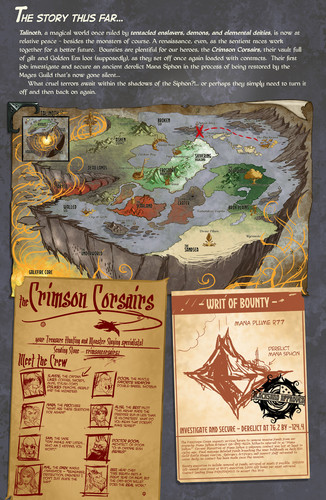 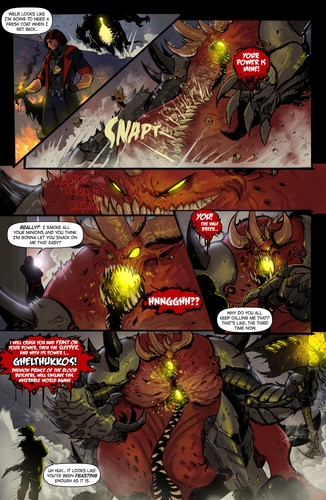